The Cinderella Effect: It’s Not What You Think

The first thing I need to say is that this post is not directed solely toward women.

Cinderella’s tale and my reinterpretation of it (outlined below) could prove useful to anyone desiring to make powerful changes in their lives.

The second thing I need to tell you is that I am not some die-hard fluffy pink princess mythology fan.

Admittedly as a little girl, I loved Disney’s Cinderella, but I attribute this mostly to my childhood obsession with adorable cartoon mice.

Put them in a cuddly cap and half-shirt and I was a goner!

(Real mice? Not so much. When I was in high school, I saw a mouse in our kitchen and I actually shrieked and jumped on a chair cartoon-style.)

The Cinderella story has received a rash of criticism in recent decades, particularly from those who perceive her as a weak and helpless female whose happiness depended on that blazing dullard, Prince Charming.

But you know what?

I think we have underestimated Cinderella and missed the real point of her tale all along.

Perhaps we have been so focused on her pastel candy-coated happily ever after, that we failed to give Cinderella credit for how she arrived there in the first place.

Never once did she say, “Wow, I really need a rich handsome man to solve my problems. Better yet, make him a prince!”

She just wanted love, but don’t we all?

It is also an incorrect assumption that she passively sat around waiting to be saved.

I maintain that Cinderella actually saved herself for the following reasons:

1.) The girl had a GREAT attitude. She never complained. 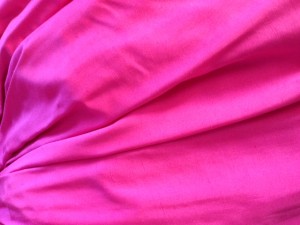 2.) She set intentions through her wishes and dreams for a better life.

3.) She remained detached about the outcome of her intentions.

4.) She lived in the present moment.

5.) She took whatever anyone threw at her with grace, thereby creating a state of non-resistance.

6.) She awoke in a state of gratitude every morning.

8.) She never acted like a victim by blaming anyone else for her situation.

9.) Her happiness was her responsibility and hers alone.

10.) She never gave up, no matter how hopeless it seemed.

The only time she ever really cracked was when her disproportionately confident step-sisters mauled her homemade dress before the ball.

After this violation, she shed some tears, but she did not completely cave.

This when her Fairy Godmother appeared.

Magical beings appear in many mythological stories. I believe they are intended to represent our own ability to create miracles for ourselves.

(If you doubt this, may I point out that no one ever questions the appearance of Yoda?)

For what is a miracle other than a large shift in energy and/or perception?

Cinderella’s deep faith in her dreams for a better life sparked her shift.

She tapped into her authentic power — the power within us all that says, “I am not my circumstances.”

Then she had to persevere.

I mean, how many castle cobwebs did she need to whisk with her stick broom?

How many petticoats did she have to scrub on a washboard until her hands were raw?

So I have to give it up to her and what she actually represents.

Cinderella is not a example of female passivity and weakness, but quiet strength and powerful manifestation.

Perhaps this is why her tale really endures.