A Perception Injection. Banishing Some of Reality’s Wrinkles

Here are a few injectable words about perception that I think might make the world more beautiful: 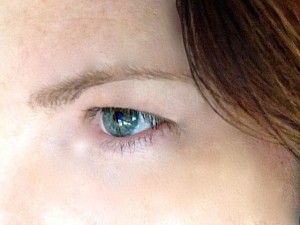 Is it my perception that perception is powerful, or do I think perception powerful because it really is?

I think the answer is “both.”

Here is another reality teaser:

97% of so-called “truth” is actually our perception of what we believe to be true, not what actually is true.

At least, this is what I believe.

We all know there are “two sides to every story,” but we tend to prefer our side.

This is natural, but by being too attached to our version of events, we risk losing sight of the all-important center.

This center is where our kaleidoscope of different perceptions intersect.

In general, perceptions are personal, not universal, save for a few exceptions.

For instance, genocide is universally considered to be heinous.

Except by the people who perpetrate it.

Those bastards think it’s a good idea. Their perception is that they are justified in extinguishing people in large numbers for a purpose.

This perception is scary, dangerous, and evil, but it is still just a perception.

Note: “Evil” is a not a word that I use lightly or casually. I only use it to describe those who behave in such a violent way that they no longer see the humanity in others.”Evil” is “Live” spelled backwards. Literally, it is the reverse of “Live.”

In a lighter vein, our ideas of beauty, art, taste, entertainment, excellence, failure, success, power, politics, communication, who we love, where we live, and how we eat are all perception fueled.

And how we’re perceived by others may affect our perceptions of ourselves.

Perhaps your father doesn’t think you’re measuring up? Maybe this really bothers you, and then again, maybe you really don’t need his approval and find contentment on your own path.

Then there are the aphorisms.

“One man’s trash is another man’s treasure.” “Takes all kinds.” “Beauty is in the eye of the beholder.” “Time heals all wounds.” “The glass is half empty.” “My glass is half full.”

These old sayings we’ve all heard a million times prove that the power of perception is far from a new idea, though we often forget to make perception work for us.

Yep. Work for us.

Tempted to dismiss this concept as being too simplistic?

Then I must ask, have you really taken a crack at it? It can take real effort to release an old painful idea in favor of one that better serves your happiness and well-being.

“That guy is SUCH a first-class jerk!”  Thinking about him drives you up the wall to the point where you cross the street to avoid him and cringe when you can’t.

To resolve your upset feelings (which let’s face it, are only negatively impacting you, the other guy is fine), decide he’s not a jerk after all.

Instead, choose to regard him as someone who’s come across your path in order to serve your growth in some way.

It may be a puzzle at first, but once you get the hang of it, it will become second nature.

“Oooooh, I get it! He’s just like my boorish Uncle Bob who I still haven’t forgiven for knocking the Thanksgiving turkey onto the floor ten years ago.

OK, time to forgive Uncle Bob. He didn’t mean to knock the turkey off the table even though we all warned him wearing a knit poncho while carving was a bad idea.

Now, I can thank the jerk who was a catalyst for this healing. Thanks Fella!”

Shifting our perspectives into new perceptions is akin to a magic wand process.

Now a word about the tough stuff:

Yes, we have debt, disease, divorce, death, and violence in our world, which are very upsetting challenges.

Yet how we perceive them, particularly over extended periods of time, can be very healing, at least to a certain degree.

Time plays a key role in our perceptions of terrible events, circumstances, and losses.

I’ve been fired from a couple of jobs. Each time it was hurtful and humiliating.

After a wound-licking period, I picked myself up and decided to look for something even better.

Then later, when I did find myself in an improved position, I was grateful to have been fired.

I have come to believe that every disappointment, set-back, let down, loss, and rejection has somehow benefitted me, though I wasn’t aware of “how” as they were happening.

My philosophy does not ameliorate or spare pain, but it does ultimately give a pain purpose.

I perceive many experiences in my life as powerful lessons. 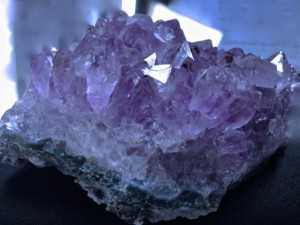 I see obstacles as valuable opportunities.

Some might think this sounds like poppycock, or a lot of work (ugh!), or a waste of time in this crazy world.

In fact, if this is their perception, then they are right, but I promise you…

Of course, this is only my perception. 😉

2 Responses to A Perception Injection. Banishing Some of Reality’s Wrinkles