Several weeks ago, without a second thought, a dear friend spotted me a dollar for a coffee refill at a cash-only cafe.

In that moment, she may as well have been offering me a gold brick, so desperate was I for further caffeination that morning.

A week later, we were out for a little dinner with a few other friends.  As I was paying, I remembered her kindness, so I offered her a buck back.

She was puzzled. “What’s this for?” she asked.

“Last week, you were nice enough to sport me a dollar when I needed it, so now I’m inspired to give it back to you.”

After she protested for a moment, I convinced her to accept it.

I realize that from her point of view — what’s a hundred measly cents between friends?

But to me, it wasn’t about the amount or whether I “owed” it to her, as I know she didn’t care about a silly single.

For me, it was about the energy behind her gesture: the energy of her kindness.

I felt inspired to not only acknowledge the energy of her kindness, but to match it in the form of another dollar.

She remarked how it was funny that this dollar had just come back to her out of nowhere.

She explained that on her way to meet for dinner, she gave a dollar to some little kids selling hot pink punch.

Apparently, it was a rather unpotable beverage, but she wanted to support their fledgling entrepreneurial efforts.

This is a microcosmic illustration of the true energetic flow of money.

Her punch dollar went out and came instantly back via me, because her intention each time was completely detached from the outcome.

I know it sounds easy to be detached about a lil’ dollar, because it has such minor monetary value these days, but it’s in the little ways that we are able to hone our skills.

Here is what I have come to understand about the nature of money over the last 25 years: money is merely another mode of energy, but in material form.

After all, we call it “currency.”

And all energy, by its very nature, must flow.  So must dough flow too. 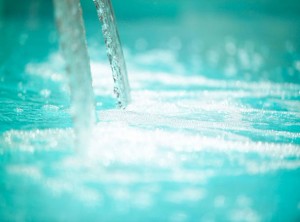 I would like to clarify that I’m not qualified on this topic because I understand the world of finance or anything quite so… tangible.

My qualifications are from all the times I haven’t had more than $20 in the bank.

It was during periods of  extreme lack that taught me not to take the subject of money all too seriously.

I will share two contrasting tales that depict how I arrived at this belief system.

Both took place in New York when I was in my twenties.

I spent several years in my younger adult life counting every nickel.

Literally. Every. Cent. I. Spent.

Every evening I would track my spending down the quarter I tipped the guy in the coffee kiosk.

I lived in fear of money and felt so beholden to it that it clouded my judgement and influenced what I thought to be my limitations.

My darkest hour occurred when a nice woman, who had offered to help me with my writing career, met with me for dinner.

We went to an inexpensive place (of course!) in the Village and each paid our way.

She was really helpful and wanted to put me in touch with some potentially influential contacts.

Of course, I should have offered to pay since she was helping me, but I was clueless.

To make matters worse — oh so much worse! — when I was counting out my spending for that week, I was “short” five dollars.

I concluded that perhaps I hadn’t gotten the correct amount of change at our dinner and that perhaps she, in error, had it mixed up with her change.

And do you know what I did?

I called her at her office and nicely asked “if she maybe accidentally had my five dollars?”

I’m sure she was stunned but she didn’t show it. She politely said, “I’m not sure.”

Then I said something idiotic like, “She could give to me next time we got together.”

There was no next time.

She stopped taking my calls, but I didn’t even get the hint until I saw her many months later at a mutual friend’s wedding.

She completely snubbed me. I was hurt, but once I thought about why she might be acting like I didn’t exist, I remembered our last encounter. Oh no! I was such a fearful jerk!

At my first opportunity, I pulled her aside and apologized.

To this day, I’m still kinda mortified, but it was an invaluable learning experience.

Afterward, I decided I was never going to let fear dictate my feelings around money again.

The second example ironically came prior to this nadir.

A couple of years earlier, I going to school and it was not unusual for me to be down to my last few dollars and owe rent money to my roommate the next day.

During this particularly lean era, my one source of income was as a coat checker at a mid-town restaurant.

In this job, I was dependent solely on tips and as we all know, tips are capricious.

But it needed to be coat weather…

The customers had to want to check their coats…

And then they had to feel like tipping me.

On the subway on the way to the restaurant, I created a ritual to demonstrate my trust in the flow of money.

With an open heart, I would offer one of my last dollars to a person in need (and when I say last, I mean LAST).

Invariably, I always made enough to meet my rent.

This didn’t happen just once, by the way.

It happened every time!

This practice never failed me.

What I was doing in those days, without even realizing it, was practicing the universal Law of Detachment.

Years later, when I read about it in Deepak Chopra’s Seven Spiritual Laws of Success, I had a deeper understanding of my methodology and why worked.

It’s crazy that I was a coat checker BEFORE I blew my relationship with a nice woman over a five dumb bucks.

Over time, I got caught up in what I thought it meant to be “responsible.”

Of course being responsible is a good thing!

But my idea of being responsible translated (or mutated) into tracking every penny in a fearful grasping manner.

I had grown so uptight, I had completely forgotten that I had already “cracked” how money is meant to work.

I guess I needed to learn a lesson that I would NEVER forget again.

My level of embarrassment has really stuck with me these last twenty years, (even Abe looks put-out with me!), solidifying this concept in my psyche. 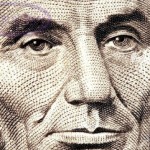 The bottom line is that less we cling to where money is coming from, or where it’s going once we part with it, the more we will open ourselves up to the flow of abundance.

If we attach too much meaning to money, we may prevent its flow toward us.

Look at the Stock Market. We often regard it like it’s an independent entity with a mind and a mood of its own, instead of what it actually is: a bunch of individuals collecting and projecting their thoughts, feelings, and ideas onto money through their investments.

The more attached, or fearful, these individuals become, the more they will nervously sell at the same time, devaluing their cherished investments in the process.

However, if they’re feeling confident, or detached, they’ll ride out the dip. The ones who wait usually see their investment come back sooner or later.

We attach meaning by imposing our ideas, expectations, and concepts onto money, instead of just allowing it to be what it is: just one more resource.

Though I must point out, that if you think this is outlandish, please don’t take offense, but that is your attachment talking.

Yes, perceptions around money are powerful, entrenched, and even insidious.

Attachments to money effect everything from how we vote, how we parent, how we dream, to whether or not we still speak our brother George (that bastard!).

The root of attachment is fear.

Fear of lack , or not having enough.

The base of this fear, I believe, is that we are frightened we’re incapable of creating what it is we need in order to only to survive, but to thrive.

This fear causes crazy amounts of pain, stress and chaos in our lives.

But if money were to be put in its universal context —energy!— then we could begin to relax.

I am not suggesting that we go on spending sprees, or start gambling, or do other shadow-based kinds of unconscious acts that lead to debt or conflict.

This is not the answer, nor is it the opposite to what I’m saying.

What I am saying is that money does need to be respected, but much more importantly, it needs to be trusted.

Like other energies, it needs to be used with conscious intent (remember my open heart?) and detachment to the outcome.

So my advice is…

Take care of yourself and your family.

Save, but don’t smother!

Have compassion (give in any way you are able, even if it’s a few dollars to a cause you care about), and…

Trust more! Practice the Law of Detachment in a way that feels comfortable to you, and see how magical the results can be. I promise, it works!

And if you don’t believe me, ask Deepak.

7 Responses to What The Buck? Let’s Talk Money, Honeys