Jane’s Prediction: The End of Shadow Pride and Prejudices

Wobbly standing on the galactic shoulders of Miss Jane Austen like a knobby-kneed seventh grade cheerleader, I put forth this thought:

We, the human race, must sort out a few things about pride in order to finally shed our prejudices, which will then allow us to move forward at a more graceful pace.

We probably all know that pride is one of The Seven Deadly Sins, considered one of the human failings that risks our “eternal damnation.”

(I don’t subscribe to threatening dogma, but am merely citing historical context). 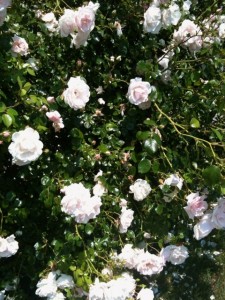 Let’s break down the two sides of pride as they play out in the modern world:

On the light side, pride is a form of holistic truth projected outward. In this form, it is a wonderful thing to behold when it bursts forth from the core of our true selves.

On the shadow side, pride is a destructive form of righteousness, ego-driven competitiveness and judgement either against the self, others, or both.

It’s a surefire short-cut to misery in the name of “face.”

For instance, if I get pulled over by a police officer on a busy street in my town and my neighbors see me and this causes me a wave of anger, embarrassment, and/or shame, that’s my shadow pride driving (not the car, this response).

This brand of pride brews from deep inside my ego, who, in default mode is fear-based and erroneously thinks it’s in charge, in control, and invincible.

It’s not my friend.

Nor is it yours, despite what it may tell you.

How do we identify this impersonator?

This is the same “friend” who tells us to have just one more drink though we can already barely see straight.

That overrides our common sense (inner wisdom) convincing us it’s okay to walk alone to our car late at night in a sketchy area because “we can handle anything.”

Thinks that only “losers lose” and may even idolize Donald Trump.

This is the same “friend” who also feels powerless, is angry at everyone and no one, places blame on others, resists change and will not easily relinquish its false sense of “control.”

This bit used to be called “devil on your shoulder” who was “tempting” us, but in actuality, it’s the frightened side of our egos who never wants us to admit our factory-installed frailty to ourselves.

So we continue to listen to it in order to make it “right” because it thinks it needs to be “right” in order for our survival, but this “rightness” comes at a great price.

It keeps us sleeping in the den on the rickety sofa-bed in the home of our own souls.

Its separates us from the comfort and coziness of our beautiful messes and gloriously ironic pig-pens that really say, we’re strong because we are weak.

The universe ultimately wants to connects us to our true selves, the same selves who have the courage to be proud about who we really are, no matter what that might mean.

To fall in love with our so-called weaknesses!

The more our paths clear and our lives align.

Then instead of merely teetering on the illusion of strength, we become authentically stronger than we ever could have dreamed.

Only when Lizzie Bennett and Mr. Darcy could admit their respective pride and prejudices toward one another, did they fall mutually and madly in love.

This is the prescient and lasting wisdom of the prophet, Jane Austen:

To see our shadow pride for the imposter that it really is and embrace our “weaknesses” so that we can finally move permanently into the splendid manor house of our own inner magnificence.

2 Responses to Jane’s Prediction: The End of Shadow Pride and Prejudices